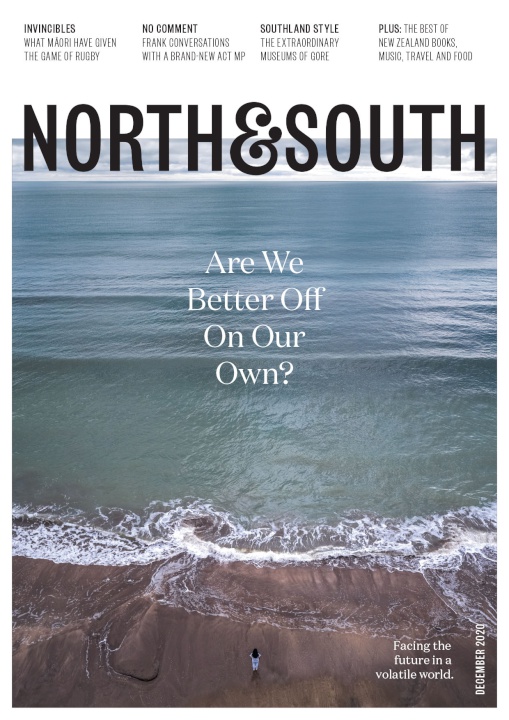 After a lengthy process acquiring the magazine, North & South’s new independent publishers, Verena Friederike Hasel and Konstantin Richter, both successful book authors and journalists, say the driving force behind the purchase was the fact that they identify with what North & South stands for – top-notch journalism, and a keen eye for finding extraordinary stories in everyday life.

“There is a great need for the kind of journalism North & South offers,” says Verena. “People consume more news than ever but they also feel less informed. North & South, known for its long and thoroughly reported stories, is uniquely positioned to help.”

Taking the helm as North & South editor is Rachel Morris, a journalist raised in Hastings, who has made a name for herself in the United States as one of the founding editors of HuffPost Highline, an innovative digital magazine that adapts the best traditions of print journalism for the web.

Rachel’s first official day on the job at North & South was in managed isolation after returning from Washington D.C. in late September. She spent days circling the ‘exercise yard’ at Auckland’s Pullman Hotel, brainstorming story ideas, and crafting the new-look magazine over Zoom calls with owners Verena and Konstantin.

“My grandmother used to read North & South from cover to cover, and I’ve known it for as long as I can remember. It’s a great honour to have a chance to bring it back to life,” says
Rachel.

The new North & South aims to retain loyal subscribers by bringing back some classic features such as the popular Four Corners section, while also attracting new readers with an eclectic mix of stories and an updated design. Some of the magazine’s best-known writers, such as Donna Chisholm and Michelle Langstone, will return as regular contributors, along with new additions such as senior editor Madeleine Chapman.

For further information and interviews:
Rebecca Lawson | rebecca@pitchblackpartners.com |021 577 797
First Issue - Are we better off on our own?
• New Zealanders have traditionally seen our geographic isolation as a disadvantage, but 2020 has shown us the upsides of being so far away from the rest of the world. From our successful pandemic response to a stable political environment, New Zealand has a lot to be proud of. This story by Finlay Macdonald looks at how the events of this extraordinary year are changing our sense of identity in relation to the rest of the world.
• We often hear the health arguments for keeping New Zealand’s border closed, or the economic arguments for opening it. This story by Damian Christie weighs all the factors, the competing risks and benefits, to explain just how complicated a process this will be—even with a vaccine.

About North & South
North & South is unique in the landscape of New Zealand journalism. There’s no other monthly general-interest/current affairs magazine that is as dedicated to in-depth reporting, beautiful writing and stunning photography. Our readers are from all over the country, and we cover every aspect of life in New Zealand.

North & South is packed with delightful profiles, thought-provoking essays and investigative stories that ask big questions about challenges facing our country. We’ll bring you the latest in New Zealand books, music, art and culture. Plus extraordinary travel writing and a much-loved crossword. We’re a magazine for New Zealanders who are endlessly curious about their own country.