On the 80th anniversary of the first naval battle of the Second World War, Naval historian Michael Wynd, from the Museum of the Royal New Zealand Navy, reflects on the New Zealand ship that played an integral part in the battle. 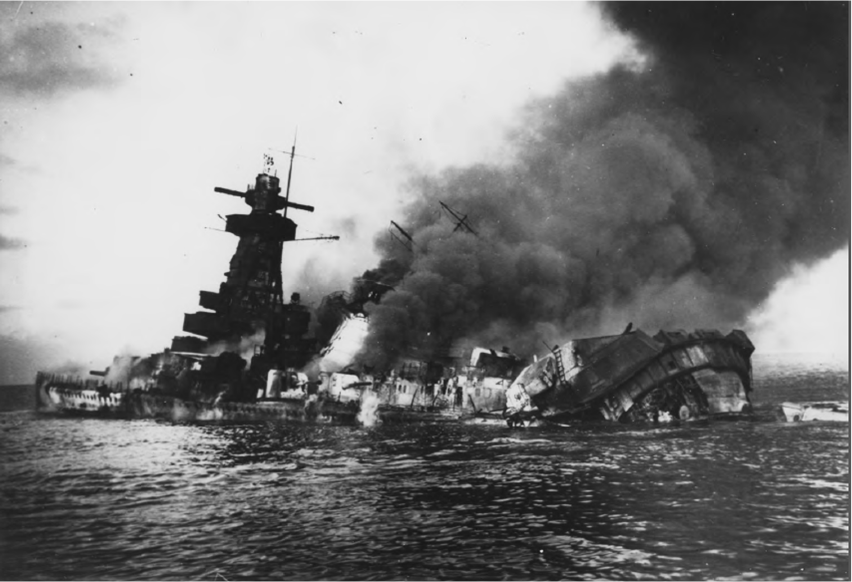 At 6.18am on 13 December, 1939, cruisers HMS Ajax, Exeter and Achilles (the last of which was from the New Zealand Division) took on German armoured cruiser KMS Admiral Graf Spee off the mouth of River Plate close to the coast of Uruguay in South America.

It was the second time in our naval history that the New Zealand flag was flown in battle, following HMS New Zealand’s involvement in the battle of Jutland in 1916.

Following the declaration of war in September 1939, Graf Spee had been attacking merchant ships in the Indian Ocean and off the coast of South Africa. However, the search for her was stepped up considerably when it was learned she was heading towards South America and, possibly, the River Plate estuary - the most congested part of the South Atlantic shipping routes, where she could inflict the greatest damage.

The South American Cruiser Squadron of the Royal Navy, under the command of Commodore Henry Harwood, comprised Cumberland (under repair in the Falkland Islands), Exeter, Ajax and Achilles. Achilles was captained by William Parry and had a complement of 567, of which five officers and 316 ratings were New Zealanders.

At 5.30am on 13 December smoke was sighted on the horizon and the Graf Spee was positively identified. A fierce battle ensued. Ajax and Achilles each mounted eight 6-inch guns, while Exeter had six 8-inch guns. Graf Spee, known as a “pocket battleship”, was armed with six 11-inch and eight 5.9-inch guns. The British ships had a four-knot speed advantage but the German ship had a longer range with her guns.

Commodore Harwood split his ships, with Achilles and Ajax attacking from one side and Exeter from the other. This divided the fire of Graf Spee, which concentrated on the more heavily armed Exeter, causing significant damage and heavy casualties.  Achilles and Ajax were also damaged.

Although not seriously damaged, Graf Spee's inferior speed meant that she could not escape and later in the day she went into the neutral port of Montevideo.  While in port her captain, Hans Langsdorff, was told a break-out from the port was authorised, but that he was not to allow the ship to be interned.

Four days after the battle Graf Spee left the harbour and was scuttled by her crew, who were then interned in Argentina. Langsdorff’s reasoning is not known, but one of his crew quoted him as saying: "To me 1,000 young men alive are worth more than 1,000 dead heroes". Following the scuttling Captain Langsdorff lay down on the Graf Spee's battle ensign in his hotel room in Buenos Aries and shot himself.

During the battle, 61 sailors on Exeter, seven on Ajax and four on Achilles were killed. The deaths on Achilles were caused by shrapnel, when an 11-inch shell from Graf Spee fell short and exploded on hitting the water. The four dead were buried at sea at 10am the following day. In a tragic postscript, two of the bodies were washed ashore and subsequently re-interred at the Buceo British Cemetery in Montevideo.

Achilles, now HMNZS Achilles, later served in the Pacific and was badly damaged off Guadalcanal in January 1943. At the end of the war she was off Japan with the British Pacific Fleet.

In 1946 she was transferred to the Indian Navy and continued in service until 1978, when she was decommissioned and scrapped. At that time the Y-turret and Director Control Tower were presented to the New Zealand Government. Initially sited at the Museum of Transport and Technology in Auckland, they were moved to HMNZS Philomel in Devonport in 1993.  Since then, they have sat as sentinels, watching over all who pass through the gates of the Royal New Zealand Navy and as a memorial to those who lost their lives at the Battle of the River Plate.