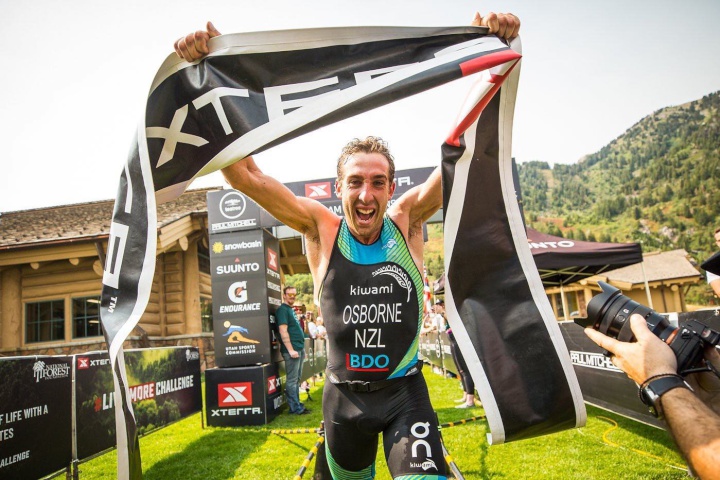 The 2020 XTERRA World Tour kicks off on Feb 1st with a fresh new edition to the off road triathlon series.

The XTERRA Wellington Festival embraces the rugged coastal landscape of Kāpiti linking the beach to the mountains in a wickedly West Coast way.

Based in Queen Elizabeth Park, this rugged New Zealand beach offers an unpredictable sea, a mountain bike trail with 800m of climbing and an exciting mix of gravel racing and single track downhill

"We want XTERRA Wellington to be as inclusive as possible so there is an event for everyone '' said event director Bengy Barsanti, who lives in Paraparaumu.

"It’s not just about the triathlon or the elites. We want to inspire people from all abilities to get out and enjoy what Kāpiti has to offer. The majority of our field will be made up of people wanting to take on the challenge and enjoy XTERRA for what it is — a family and lifestyle. ” The range of events on offer include a 6k and 14k trail run, half marathon, a mountain bike, duathlon and triathlon.

The Xterra Wellington Festival goes a step further with a number of initiatives on the cards looking to make it an event that not only delivers on the race course.

“One of our main aims is to inspire the next generation of athletes to grab a pair of runners and embrace the outdoors” said Barsanti. The Xterra Wellington Festival NeXTGen event on 31 January 2020, the day before the main Festival, sees professional international athletes offering their words of wisdom and inspiration to the next generation of athletes.

After hearing talks from the professionals, the participants of the Xterra Wellington Festival NeXTGen will compete in a youth triathlon race before being presented their medals by the pros.

The elite race the following day sees friends XTERRA Sam Osborne and Olympian Ryan Sissons, as well as Lewis Ryan taking part in the XTERRA full distance along with a bunch of other high profile Kiwi, Australian and international athletes. They will be amongst those attending the NeXTGen event to inspire the youth

Ryan is a Commonwealth Game medallist who has also competed at the London 2012 and Rio 2016 Olympic Games. He won bronze as part of New Zealand's team in the mixed team relay event at Gold Coast 2018 and races on the ITU stage.

Sam is a two-time Asia-Pacific tour champion, the 2019 Pan-American champion and was fourth at this year’s world championships. Samantha won the Pan-America tour this year.

Lewis won the inaugural XTERRA Taiwan in 2018, but has been out with injury this year—he’ll be using the Kāpiti-based event as his comeback race.

Another of the main initiatives means the event not only delivers on the race course, but does its bit for climate change. XTERRA Wellington is attempting to go Zero Waste which means no general waste produced by spectators and participants on the day. This means some exciting initiatives including fully compostable only food vendors, no single use bottles or useless flyers, eco vegetable reusable race packs and reusable cups given out for all beverages.

“We have worked really hard to try to make changes we think are important”. Says Gillian Barsanti one of the Event Directors.

“Working with the local Kāpiti community to make the event as environmentally friendly as possible just makes sense to us. We wanted to make it an international event that embraces and preserves the beautiful landscape Kāpiti offers”

The event has some really nice touches that make it stand out. From the trophies made out of reclaimed Totara by the Kāpiti Menzshed, to the Native Tree’s being purchased for planting on Whareroa Farm by participants there is something special in the inaugural XTERRA Wellington event.