Near sell-out show, created from ‘rhythms in his head’, returns to the stage for the festival season 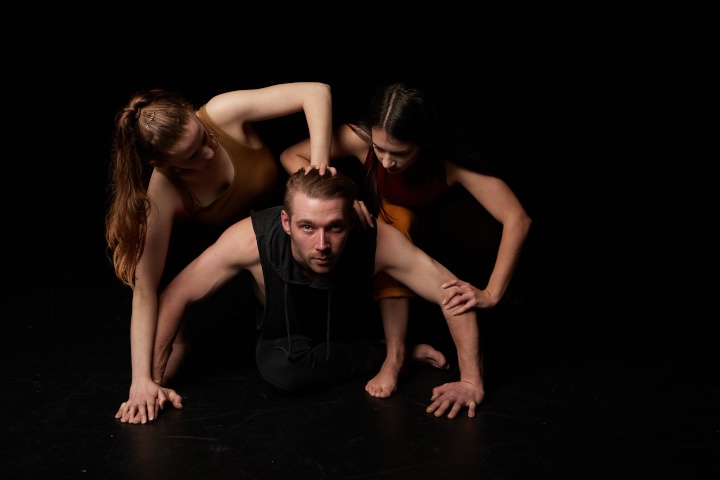 The show, which attracted near sell-out crowds at its Hamilton debut in November 2019, is a modern contemporary dance piece which tackles Mikey’s journey with depression. Enough features Mikey as the lead alongside a talented ensemble of dancers from around New Zealand.

Mikey says that the show has helped him come to terms with his journey and he hopes sharing his story will help others.

“Part of what made my journey so challenging was that I was constantly telling myself ‘I should be strong enough to do it on my own’.”

“I became pretty good at putting on the mask that I wanted people to see when really I needed to ask for help. It took a long time before I understood that I wasn’t alone and that there was strength in asking for help,” says Mikey.

Mikey says he is not the poster boy for mental health. He just hopes that sharing his story through his art (dance) might help someone else.

But it is not just the deeply personal story of the show that makes it unique but also the way it was created. Unlike the typical choreography process where movement is created based on music, it was the movement that came first in Enough.

“It was a unique way to develop work and was a complete reverse of how I have approached the creative process in the past.”

“The choreography was led by rhythm and emotion, but it was incredibly special to see how the band translated the dance into sound without any prior knowledge of the tempos I was hearing in my head.”

The current iteration of Enough now uses a recording from the original live show. The spontaneous soundtrack perfectly fitting the, at times, heavy content of the show.

“The show is created out of a really raw and personal place, so I have been incredibly fortunate to have such talented and experienced mentors to draw on,” says Mikey.

Tickets are now available for Enough.

A mechanic by day and a dancer/choreographer whenever he gets a spare hour, Mikey Sorensen is an up and coming choreographer from the Waikato. The founder of Moving Parts New Zealand, this is Mikey’s third original contemporary dance show.

In 2019, Mikey was one of three artists selected for the Waikato New Works Incubator. The result of this incubator is his current work, Enough, a modern contemporary piece born out of Mikey’s own experience with depression.

Mikey has more than 20 years of dance experience and has spent almost a decade performing in and choreographing for local theatre. He has also spent six years sharing his love for dance by teaching other up-and-coming dancers in the region. Mikey’s extensive dance experience includes four solo seal awards (the highest dance examination grade possible) having achieved them in the contemporary, hip hop, jazz and tap syllabi.