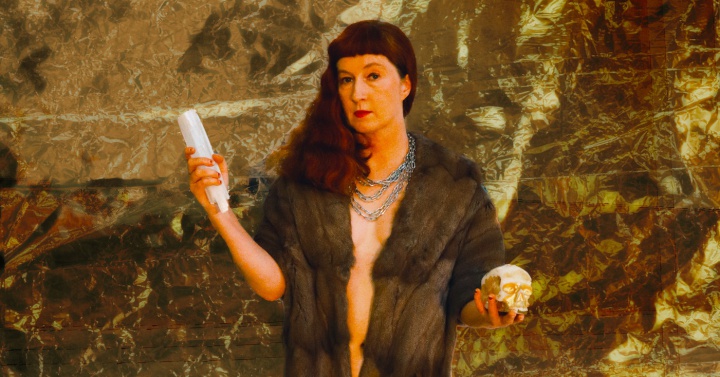 Tapping into the unique ability of artists to channel the emotions of current times and express both dark and light, Rituals of Destruction is a powerful new work by award-winning avant-garde performance artist, Alexa Wilson. The premiere of this new work, that explores themes of mass crisis, and the global phenomena of mass protests, collective resistance, and the traumatic effects of a pandemic, premieres on November 27, 2021 in Christchurch, as part of TinyFest at the Christchurch Town Hall. The Auckland season, in collaboration with Auckland Live, will play at the Auckland Town Hall on February 9 & 10, 2022.

Using dance as a transformative practice, while employing theatrical and installation mediums, this new and exciting work deconstructs a series of visual and performative aesthetics relating to the political climate unfolding in 2021. Examining power, the work explores how marginalisation empowers some groups of people while being destructive and politically oppressive to other demographics. Rituals of Destruction is focused on underlying myths, misnomers, or distortions, demonstrating how performance, and particularly performance art, is highly ritualistic in its origin. Stemming from historical systemic imbalances, Rituals of Destruction is a glimpse at what happens when we reflect culture in order to transform it. Its aims are to break down oppressive norms in and around the body and identity, through powerful symbolic actions and gestures.

The work is performed by a fully female ensemble - Alexa Wilson herself, along with Shani Dickins and Alana Yee, with live drumming from Hannah Dactyl (Vox Venus). Visually, the work is de-constructing pop culture and glamour, framed by silver and gold flooring with a moody lighting de-sign. Pulling anarchistic punk-like images from media, audiences will see how the artists play with juxtaposition by interweaving ancient rituals alongside daily contemporary ones, creating an epic and hectic experience.

"You will be lucky to have experienced a performance by Alexa Wilson. I am always enthralled,
she has a unique way of mashing together so much complexity and feeling into every work she does,
it's incredibly powerful". - Sara Cowdell, Performance Art Week Aotearoa (PAWA), 2018

Alexa Wilson is an award-winning dancer, choreographer, collaborator, video and performance art-ist, writer and teacher who has spent 10 years performing in Europe and worldwide. Rituals of Destruction is her first independently funded work since returning to Aotearoa. Among her credits, Wilson choreographed the award-winning Magic Box (2004) and Toxic White Elephant Shock (2009), for which she earned the prestigious title of Best Emerging Choreographer and the Creative New Zealand Tup Lang Award respectively. She returned in 2011 to win four Auckland Fringe Awards for her solo Weg: A-Way. Her work has taken her all around the world, including Berlin, Vienna, New York City, Germany, Belgium, Poland, London, Stockholm, Zurich, India, China and Vancouver, with a canon of choreographed work that includes Star/Oracle (2014), The Status of Being (2014) and The Dark Light (2017) with Footnote NZ Dance, 21 Movements (2017), Breathless (2017), 999: Al-chemist Trauma Centre/Power Centre (2018/19). She has danced for choreographers Douglas Wright, Malia Johnston, Lisa Densem, Anna Bate among others. She is the founder and Artistic Di-rector of Experimental Dance Week Aotearoa, and is publishing her first book in 2021.