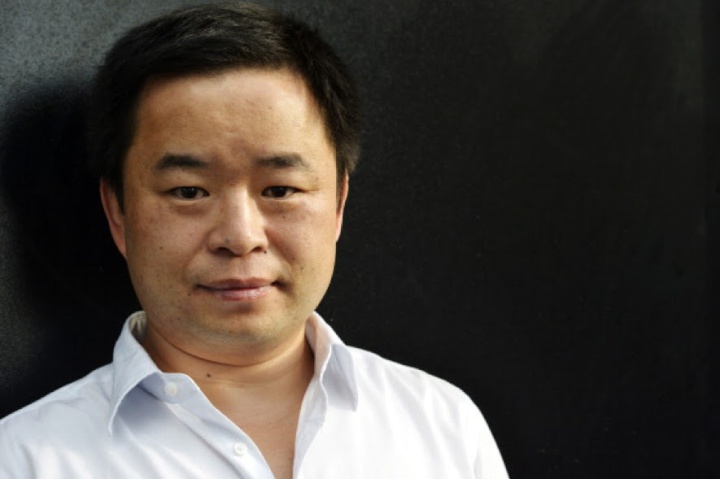 ‘It’s a great privilege to publish Murong Xuecun’s new work,’ said Roxy Ryan Hardie Grant Books Managing Director. ‘Chinese voices writing about China are so often missing in Western literature, and we hope this gives valuable insight and a voice to those who don’t have the same opportunity.’

Murong is one of China’s most popular and well-respected contemporary writers. His 2002 novel, Leave Me Alone, became a cult hit amongst young middle-class Chinese looking to novels that pushed the boundaries of what was acceptable literature. Leave Me Alone is estimated to have sold over one million copies (not including over 2 million pirated copies) and has been translated into 14 languages. In 2010 he was awarded the People’s Literature Prize for his book The Missing Ingredient. However, on the day of the award ceremony, Murong was barred from speaking.

Benython Oldfield, Director Zeitgeist Agency Australia, said, ‘Zeitgeist Agency has proudly represented Murong Xuecun and his forthright books, columns and reporting on China since 2009. His latest tour de force from Wuhan beautifully captures the immense struggles of his people as they fight not only an unknown virus but a maddening and pervasive bureaucracy.’

It was almost two years ago when Murong received a telephone call from respected Australian professor and author Clive Hamilton asking him if he was in Wuhan and planning to write about the unfolding events. Clive’s enquiry prompted him to quietly make his way to locked-down Wuhan a few days later, determined to tell the real story of the people affected by the calamity. Murong would look behind the heroic images of sacrifice and victory propagated by the regime to expose the fear, confusion and suffering of those who were living through the world’s first and harshest Covid-19 lockdown.

‘In the spring of 2020, Wuhan was like a large ship sinking into the deep sea,’ said Murong. ‘Few knew how people in Wuhan lived and died. That's why I went to Wuhan -- I couldn't salvage the ship but I could at least dive to bottom of the sea and pick up some debris from the sandy sea floor to let the people on the shore know what really happened there.’

Over the next weeks, Murong covertly interviewed people from all walks of life on their experiences as the catastrophe unfolded. An exhausted doctor in a small hospital, battling the virus while sick. An illegal motorcycle taxi driver, ferrying people around the empty city. A citizen journalist fighting to reveal the truth of what happened during that endless spring. The result is eight unforgettable stories that capture the voices and griefs of a city.

Through these poignant and beautifully written first-hand accounts, Murong tells us not only what really happened in Wuhan but why. The picture that emerges is one of intense despair, idealistic resistance, and the ruthlessness of a regime, determined above all to avoid responsibility.

In China, telling even the simple truth of life can attract retribution. Murong, one of China’s most celebrated independent voices, is no stranger to the danger that speaking out presents.

‘Murong's courage is extraordinary, beyond what we in free societies can imagine,’ said Clive Hamilton. ‘Using all the powers of an accomplished novelist, Murong has created a work of literary non-fiction that gives a truly unique insight into Chinese people and how they daily negotiate living under a totalitarian regime.’

Silenced by the regime in 2013 for his outspoken books and then again in 2016 for his New York Times articles, it was clear that writing Deadly Quiet City would come at great personal risk to Murong.

‘It became evident that Hardie Grant had not only an opportunity but also a responsibility to publish this book.,’ said Julie Pinkham, Hardie Grant Publishing Group Managing Director.

With Murong’s safety in Wuhan at stake, he retreated to the mountains to write. The world had been living with the pandemic for more than a year when the manuscript was delivered under high security. It was obvious from reading the manuscript that Murong would not be able to publish and remain in China.
So, with just a bag and his laptop Murong fled China for London.

‘It was Clive Hamilton who advised that Murong said ‘No matter what happens to me, this book must be published,’’ said Julie Pinkham. ‘I realised then the seriousness of the obligation that we had entered in to.’

Throughout the process Clive acted as the editorial adviser of the project, and was a key to putting Murong in touch with Hardie Grant Books.

‘Working with Murong on Deadly Quiet City has been a nerve-racking experience,’ said Clive. ‘From the moment Murong took the train from Beijing to locked-down Wuhan, then later while he was hiding out in the mountains writing up the stories, until he managed, miraculously, to fly out of China, there was a high chance he would be arrested and disappear forever. We knew that could happen on any day, just as several other citizen journalists disappeared into black prisons.’

Of the experience of writing Deadly Quiet City Murong said, ‘while working on this project, Clive, some loyal friends and the team at Hardie Grant provided tremendous support. They went to great lengths to protect my safety and bestowed me with kindness. This book would not exist without them.’

Hardie Grant Books will publish Deadly Quiet City in Australia on Friday 11th March 2022, with the launch to take place at Adelaide Writers Week. Murong will be in conversation in person with Clive Hamilton on Saturday 5th March at 1.15pm.