Contemporary Artist Farewells Aotearoa For New Horizons:Taking His Work Trans-tasman And Beyond

Max Patté has enjoyed a career that has crossed hemispheres and spanned 20 years as one of Aotearoa’s most celebrated contemporary artists, and now he is ready to start a new chapter. Patté is saying “haere rā” to the Land of the Long White Cloud with his sights on Sydney, where he has opened a new gallery, and then a relocation to Mallorca, Spain. Patté’s Wellington-based studio will close its doors on 31 March. 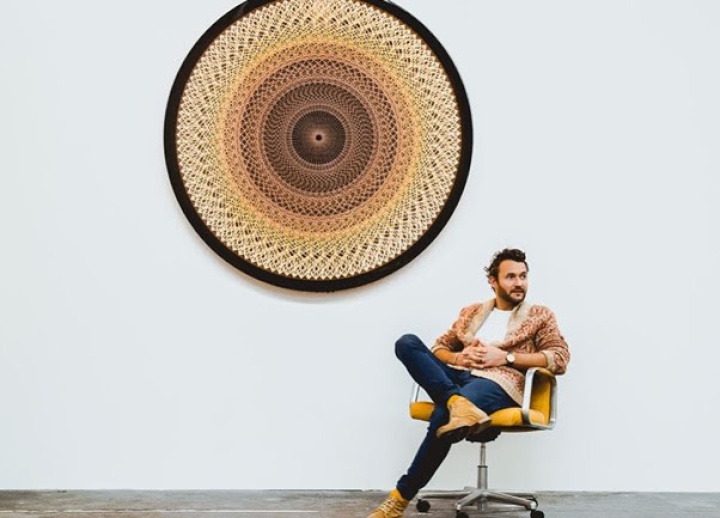 Patte’s gallery opened this year in Sydney’s thriving Darlinghurst, in collaboration with Pauline Bianchi’s Lightworx Gallery. The official opening will be on 1 April when quarantine free travel resumes and Patté himself can attend. The gallery hosts his debut Australian exhibition with a total of thirty two new works on display.

British-born Patté is perhaps best-known for his public work, Solace in the Wind. Since its unveiling in 2008, Solace has become an iconic landmark in Patté’s adopted home city of Wellington. The two-metre cast-iron statue of a naked man leaning into the elements of the city’s harbour is a memorable and playful piece of public art, which Patté describes as an “emotional portrait,” and the piece that, in many ways, he owes his career to.

Following this success, Patté opened his own studio on the Miramar Peninsula in Wellington. His growing artistic confidence, combined with years of experience working with cutting-edge technologies as a senior sculptor at the award-winning studios of Weta Workshop, saw him flourish in the pivot from sculptor to multimedia contemporary artist.

“I can hardly believe I'd have ever ended up producing the works I do today 17 years ago. So much of it is a result of my long-standing connection to the film industry and above all Weta Workshop. Without my nine years there I certainly wouldn't be where I am today. I just picked everything up by osmosis. I was surrounded by technical brilliance every day. It also gave me an insight on how to run a studio, not be frightened of risk and that anything is possible. It really did demonstrate to me that your only limit is how big you can dream.” - Max Patté

Since turning to making art full time, Patté has developed an interest in exploring light, space and colour in his work, as well as utilising the golden ratio to inspire intricate patterns. This exploration led Patté to produce an expansive body of work, including the wildly popular Lightworks, a series of abstracted figurative sculpture, and the beautifully designed Infinity Works.

Patté feels fortunate that there has been an appetite for his work since the unveiling of Solace in 2008. While luck has played a part in his stratospheric success, the bulk of the success is due to Patté taking bold leaps of faith to create avenues for selling his work. Between 2014 and 2017, he self-funded nine solo exhibitions, many of which were monumental undertakings involving a complete makeover of space, including building walls, sets, bespoke furniture (usually designed and made by Patté at his studio.)

In addition, Patté maintains coveted relationships with some of New Zealand’s most respected architects and interior designers who often introduce his work to their clients, helping contribute to his meteoric rise in Aotearoa’s art scene over the last decade.

Truly leaving a mark on the sector in New Zealand, Patté’s other works are just as celebrated, exhibiting regularly throughout New Zealand, London, and Europe. His work is collected by a number of high-profile patrons, including Sir Ian McKellen, Stephen Fry, and Charles Saatchi, with a number of works installed at Sir Michael Hill's luxury golf course and sculpture park in the South Island.

Working across multiple forms - from emotive patterns made from paint, to thousands of tiny LED lights, to striking colourful sculptures made from fibreglass or titanium - Patté is truly inventive in his ability to capture the ever changing spirit of visual art.

Patté has recently acquired non-exclusive representation in America, London, and New Zealand. The alliances are structured so that he can remain autonomous in his practice.

“Artistic independence is vital to my practice. Freedom to make choices based on my gut instinct allows me to think creatively, remain fluid and open to new opportunities,’’ comments Patté.