Unsettled Beginning To The Week

The beginning of the week starts off unsettled with a frontal feature zipping up the country but MetService has settled conditions setting in for many from midweek. 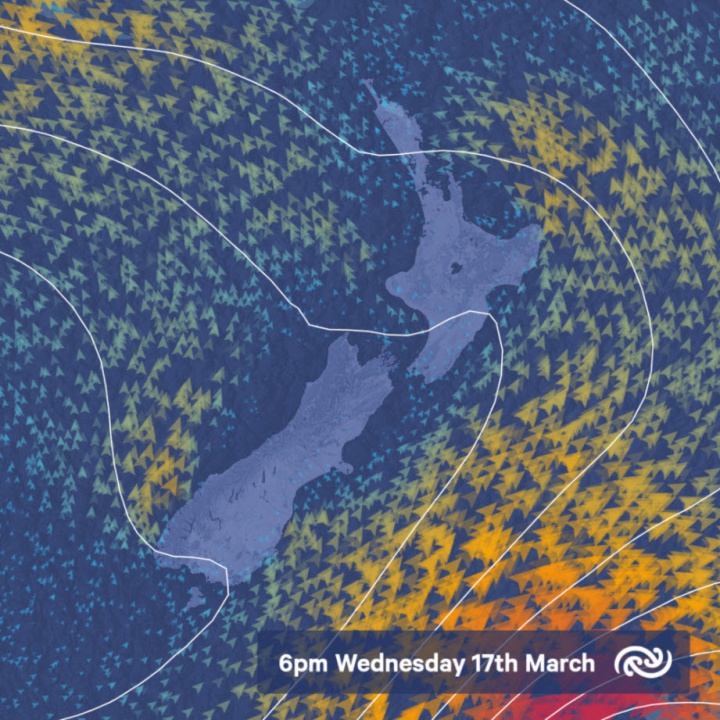 MetService meteorologist Andy Best comments “Forecasters are picking a front, to move northeast over the South Island today and early Tuesday, bringing heavy rain to western parts of the South Island. Heavy falls for Westland Ranges where a Warning is in force. Heavy rain watches are also in place for Fiordland, the headwaters of the Otago and Canterbury lakes and rivers, and Buller as well. We also have a strong wind watch in force for Canterbury High Country for northwesterlies ahead of the front.”

The front also brings some rain to the south and west of the North Island on Tuesday, but the rain weakens to showers in the afternoon, eventually clearing those areas in the evening. Showers also develop over eastern and northern areas in the afternoon and evening, although they should be few and far between north of about Taupo. Winds over the upper North Island on Tuesday are expected to be light and variable in the morning, with coastal sea breezes from about midday. By Tuesday evening, southwesterly winds should cover the entire North Island.

The southerlies die away over the lower South Island Tuesday and Wednesday, as a ridge of high pressure moves in from the west. This leads to the possibility of light frosts in inland basins of Otago and Southland Tuesday and Wednesday nights. As the ridge builds over the North Island on Thursday, it also leads to onshore easterly winds about eastern parts of the island. These winds bring more cloudy skies, and cooler conditions to places such as Gisborne, Hastings and Masterton with maximum temperatures expected around 17 or 18C. These are between 4 and 5 degrees below average for this time of year.

Finally, as the ridge of high pressure becomes firmly established across the country from Friday, we are picking fine weather for most places this weekend, with temperatures close to average for March.

Wellington Police are asking businesses to be on the lookout for counterfeit money, after fake $50 and $100 banknotes were presented at businesses recently. While Police are making enquiries to establish the source of these banknotes, a person has been ... More>>

Today is shaping up to be the biggest flying day for the airline since New Zealand closed its borders due to COVID-19. Air New Zealand General Manager Customer Leeanne Langridge says around 42,000 customers will be travelling on nearly 520 Air New Zealand ... More>>