An award-winning waterfront eco’ lodge and hospitality venue which operates one of only two underwater aquatic observatories in New Zealand has been placed on the market for sale.

Lochmara Lodge on the shores of the Queen Charlotte Sound at the top of the South Island is a 14-room licensed accommodation and food and beverage business sitting on some 4.392 hectares of freehold land.

The observatory is one of only two such tourism attractions in New Zealand – the other located in Milford Sound. Lochmara’s underwater observatory business runs four 40-minute trips daily from the lodge to the anchored sunken viewing facility. The underwater centre is located on a separate wharf on Lochmara’s waterfront just a few minutes from the venue’s central operations hub.

Lochmara’s new aquatic attraction builds on its already well-established eco tourism activities - working in conjunction with the Department of Conservation to run wildlife rehabilitation and breeding programmes and supporting the activities of the Marlborough Sounds Wildlife Recovery Centre which was founded in 2007.

The centre works under the guidance of the Department of Conservation in partnership with local schools, iwi and Marlborough District Council, to provide habitat and facilities for the rehabilitation of injured animals until they can be release back into the wild.

The centre also sustains an endangered species breeding programme to help grow species such as gecko and kakariki parakeets. Self-guided nature walks are interspersed throughout the hills and bush surrounding Lochmara Lodge for guests and members of the public to enjoy.

At the start of the current summer season, Lochmara also opened a booking and reservations office on the Picton waterfront – leasing a brand new purpose-built prime waterfront premises from Port Marlborough. The highly-visible booking office drives customer traffic to not only the underwater viewing amenity and the lodge’s waterfront café but other Picton attractions and ice-creams are sold from here as well.

Day visitors and those staying a night or more are comfortably transferred on Lochmara Lodge’s own twin-engine 15-metre alloy passenger catamaran surveyed to carry up to 50 people.

“The accommodation inventory at Lochmara Lodge consists of seven open-plan chalets and seven studio and one bedroom units. All of the chalets have private bathrooms, balconies with views over the bay, while five of the seven units open onto a shared courtyard,” Mr Dick said.

“In parallel, Lochmara’s café/restaurant can accommodate up 70 guests seated for breakfasts, lunches and dinner – allowing for day-trippers and large groups to either arrive on their own boat or on the lodges scheduled water taxi runs from Picton.

Mr Dick said that running in parallel to the day-tripper customer channel, Lochmara’s accommodation infrastructure had ensured the business profited from good occupancy rates over the summer season.

“There are no cooking facilities within the guest rooms so all food and beverages are purchased from the licensed café and a-la-carte restaurant which is open for breakfast, lunches and dinners. Lochmara’s waterfront café/restaurant encompass’s an expansive deck area overlooking the bay,” he said.

“The growing number of cruise liners visiting Picton as part of their New Zealand itineraries has seen a consequential growth in business for Lochmara Lodge over the past few years – with many passengers hopping on the Lodges water taxi to participate in a fully guided tour of the Underwater Observatory and then enjoying lunch or afternoon tea on the lodge’s deck overlooking the calm, blue water of the bay.

“Already in just two months of operation, guest visitor numbers to Lochmara Lodge and the Underwater Observatory have gone through the roof thanks to the presence of the Picton Waterfront booking office.”

Lochmara Lodge is just a short detour off the Queen Charlotte Track which is now attracting thousands of users annually. Trading records for Lochmara show that New Zealanders make up some 40 percent of guests staying at the lodge, followed by North Americans and Australians.

With a sandy beach and commercial wharf out front of the property, much of the Lochmara’s land is covered in native bush. Ancillary building infrastructure within the property include:
• A 37-square metre bath house with massage treatments room, twin baths and open shower
• manager’s residence
• An 89-square metre staff quarters over two levels – each with its own private deck.
• A 28-square metre boatshed used for storing the lodge’s array of aquatic sports equipment
• A replica high country musterer’s hut
• A replica Maori whare built of punga log walls with a manuka bark thatch roof
and
• A 160 square metre enclosed aviary, a hen house, bee apiary, and enclosed gecko shelter.

In addition to the 15 metre long floating jetty, Lochmara Lodge has consent for 16 permanent moorings in the bay – allowing for boaties to tie up for the day or overnight and make use of the venue’s food and beverage amenities while cruising the Marlborough Sounds.

Mr Lindsay says the lodge – which has a Gold enviro-rating under the Qualmark accreditation programme – draws its water supply from two spring-fed streams, with water then gravity fed to water tanks with a 120,000-litre capacity. Meanwhile, the lodge’s waste water and sewerage system are connected to an in-ground tank system, while food waste is fed to animals and cooking oil is recycled for bio-fuel. The property is connected to mains power, with gas being used in the kitchen.

Cementing its place as a cultural window to the local community, Lochmara also has an arts centre space within the restaurant and café – where local artists showcase their creations to the lodge’s guests. With the art centre space provided free of charge, a percentage of its sales go directly to supporting Lochmara’s Marlborough Sounds Wildlife Recovery Centre.

Over the busy summer period Lochmara Lodge has a core permanent staffing complement of 10-15 employees – swelling up to 22-26 over the busy summer months. Several of Lochmara’s staff have been with the business for up to eight years.

Recognising the seasonality of being a waterfront resort-style destination,
the current owners of Lochmara have chosen to only trade between mid-September and May, with maintenance and refurbishment work scheduled over the shut-down period. The business has been trading for 22 years. 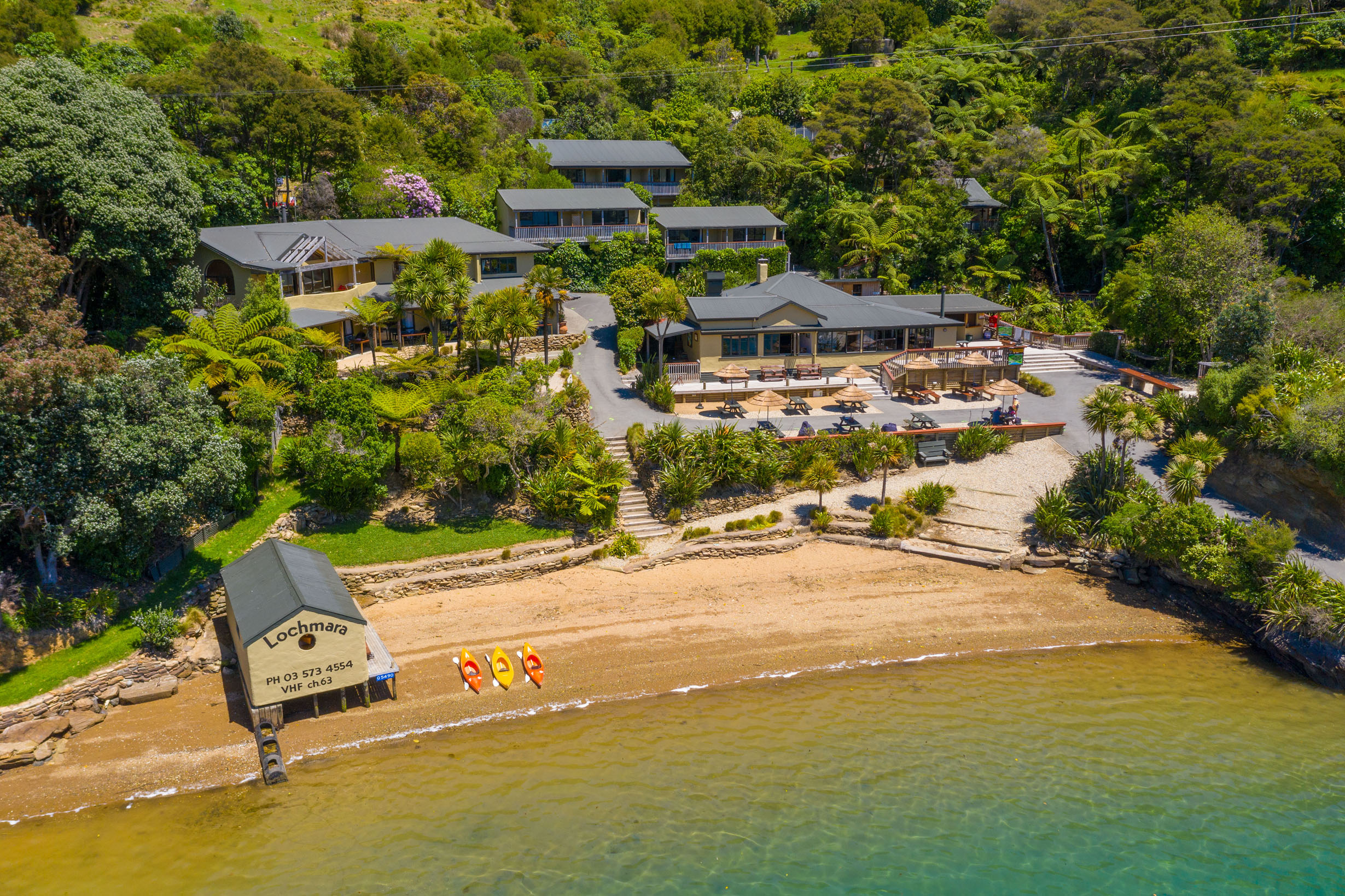 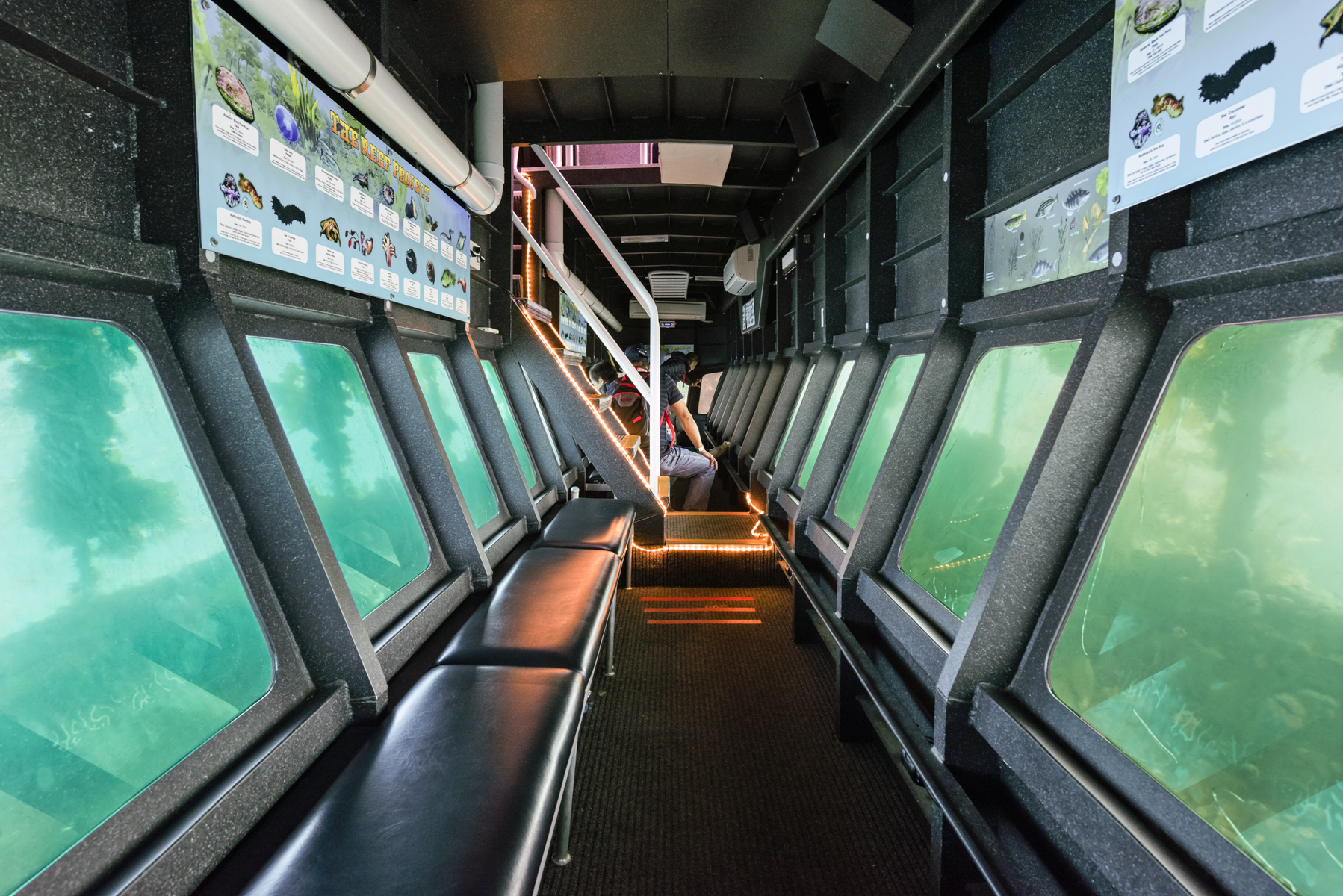