Wāhine Exhibition To Go On Tour After Hitting $25,000 Fundraising Target

The multimedia exhibition Wāhine, that tells the stories of five Māori women from Nelson-Whakatū, will be going on tour after a trio of locally-owned supermarkets joined forces to get a crowdfunding campaign by artist Loren Pasquier over the line. 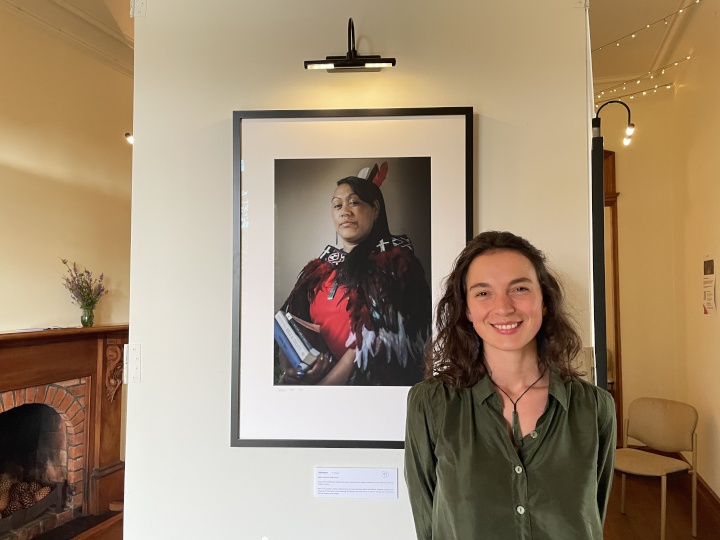 With only two days left, Pasquier’s campaign on the Boosted platform to raise $25,000 was looking stuck on just over $20,000. To make matters worse, under the rules of the platform, if projects don’t reach their target, they get nothing.

Pasquier says she and the women of Wāhine are thrilled at the result and so grateful to the supermarkets and everyone else who has supported the campaign.

“We are immensely touched by the support our kaupapa has received from over 200 generous donors. We are so overwhelmed and excited Wāhine is going around Te Waipounamu! Thank you from the bottom of our hearts to each and every one of you who made this possible,” she said.

Wāhine tells the often moving stories of Ngawaina Joy Shorrock, Jahreece Morrell, Cindy Batt, Janice Wharepapa and Mairangi Reiher through photography and audio. In addition to paying to take the exhibition on tour, the funding will make it possible for Pasquier to grow the exhibition by adding the story of another Māori woman from each town Wāhine is exhibited in before it returns to Nelson-Whakatū for an encore show at Refinery Art Space in January 2022.

Speaking on behalf of the supermarket owners, Veronica Hippolite-A’Court said they were happy to get behind such a positive project after being approached by Wāhine supporter Nelson City Councillor Matt Lawrey.

“We’re all happy to support the exhibition because these women are unsung wāhine toa. We also really love that there is an opportunity to add the stories of other women as Wāhine goes on tour. Not only that but this is a wonderful way for these women’s stories to be passed on to future generations,” Hippolite-A’Court said.

With Wāhine’s Boosted campaign still running until 11pm on Friday, Pasquier has made the decision to extend the campaign’s target to $30,000 to pay for translations of the exhibition’s materials into te reo Māori. This will not affect the $25,000. Anyone wanting to donate can visit https://boosted.org.nz/projects/wahine