64% of New Zealanders feel the economic position of their households is the same or better than a year ago – and 30% think it is worse or much worse, while 298,000 think they will lose their jobs in the next 12 months.

Households’ perceptions of their financial position, after five months of coping with the impacts of the COVID-19 pandemic also reflect other research which finds around 27% of adults have lost jobs or working hours and income as a result of the pandemic.

A Horizon Research nationwide survey of 1,767 adults between July 14 and 19 finds some business people and higher household income groups perceive their financial position is now worse or far worse, compared with others:

Horizon Research believes the financial concern in some households could also be driven by perceptions that they will also lose their jobs in the next 12 months.

The survey found that:

Overall, 38% believed they would keep their jobs, equivalent to around 1.377 million adults.

Others responded variously that they would easily change jobs, some would go overseas to work and others retire. 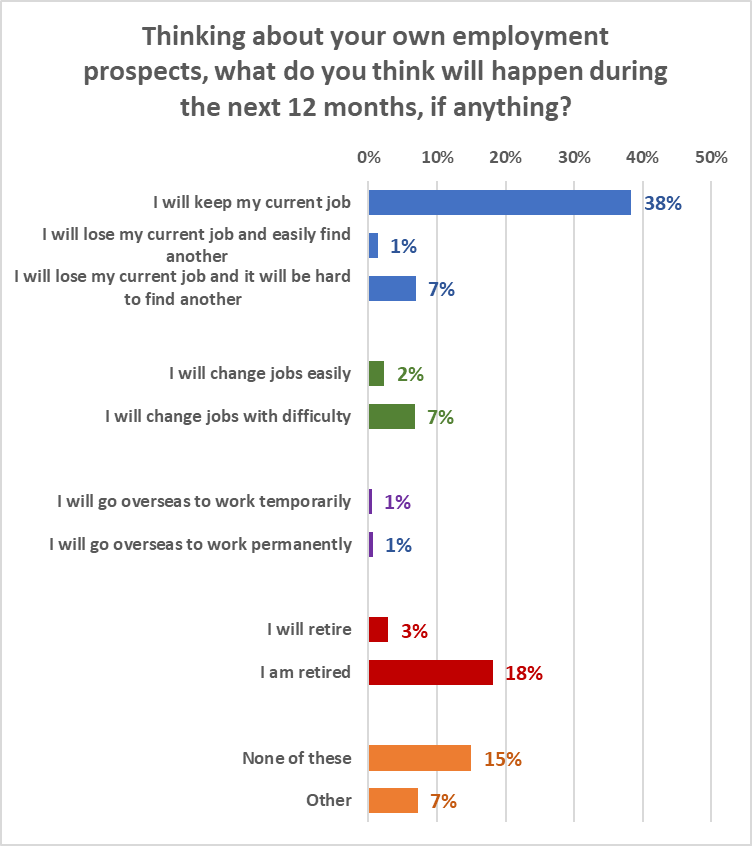 Horizon conducted the online survey in the public interest, using its HorizonPoll panels and a third-party national research panel. Results are weighted to ensure a representative sample of the 18+ population at the 2018 census. At a 95% confidence level, the maximum margin of error is +/- 2.4%.