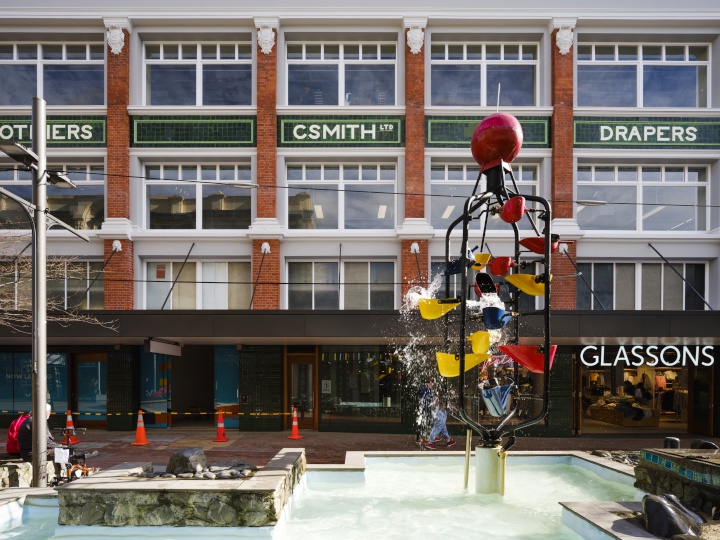 Greater Wellington Regional Council have confirmed that they are moving into Willis Bond’s new Cuba Precinct development on Cuba Street.

Greater Wellington Chair Daran Ponter confirmed that the regional council, which is currently based in Shed 39 on the waterfront and on Walter Street in Te Aro, is moving into the redeveloped heritage location later this year.

“Greater Wellington, its Councillors and staff have been on the move since earthquakes impacted Pringle House in 2013 and again in 2016 when the Kaikoura earthquake affected Shed 39, so this is the first time in nearly five years that our people will be together under one roof.

“This relocation represents more than just a physical move for us. It’s an opportunity to become more visible in our community. Joining the vibrant and eclectic Cuba Street Precinct allows us to blow away the cobwebs and create a welcoming home for staff and the communities we serve,” said Chair Ponter.

Developer Willis Bond has transformed the historic Farmers department store and neighbouring buildings at 104-106 Cuba Street into 7,000 square metres of refurbished character office and retail space. With 5,900 square metres of office space across levels 1 and 2, it will be one of the largest open plan commercial spaces in Wellington.

All three buildings have been fully refurbished by LT McGuinness and brought up to more than 100 per cent of the current New Building Standard. Many original character features from the Farmers building have been retained, including areas of pressed tin ceiling panels, matai wooden flooring, and cast-iron columns.

A swathe of upgrades have also been incorporated, including new warehouse-style glazing in the west wall, refurbished windows in the Cuba Street-facing façade and the reinstatement of several roof-lights on the second floor with a spacious atrium to provide natural light to the centre of level 1 and the ground floor.

Willis Bond director, David McGuinness, is delighted that Greater Wellington, a core organisation within the Wellington region, is moving into this cornerstone Cuba Precinct site.

“Revitalising these historic buildings, well-known to Wellingtonians, was the next step in our plan to regenerate the entire block from 106 Cuba Street, north to Dixon Street and west to Victoria Street.

“We’ve already completed the new Te Auaha performing arts campus in the former Deka Building, and we’re delighted to have worked with Greater Wellington on this next stage and to have helped them into their new office space.”

The Athfield Architects-designed building will have retail and hospitality spaces at ground level, 3,240 square metres of office space across levels 1-3 and premium apartments with city and harbour views on levels 4-16. A separate parking building and another new commercial building will complete the precinct’s regeneration.

“A key consideration for this project has been to build on and enhance the existing character and vitality of Cuba Street and the wider area. Greater Wellington’s presence will add enormously to the fact that many see this precinct as the true heart of Wellington,” concluded Mr McGuinness.

The company has strong and established relationships with its consultants and contractors, who must be best in class and closely aligned with the outcomes of projects. Willis Bond & Co aims to implement environmentally sustainable design and places strong value on creating long lasting communities. Willis Bond & Co is a key funder of The McGuinness Institute, a think-tank on issues associated with managing New Zealand’s long-term future.