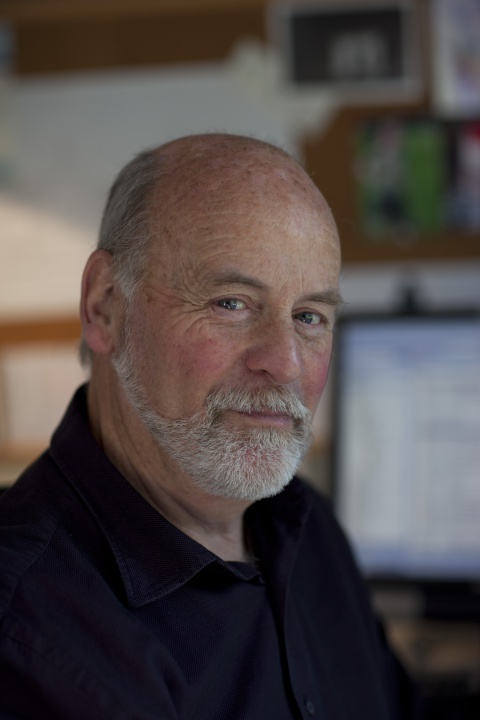 Jeremy Salmond, a practising architect widely acknowledged for his contribution to building conservation in New Zealand, is one of four outstanding graduates to be recognised with a Distinguished Alumni Award from the University of Auckland.

Salmond is the founding director of Salmond Reed Architects, the largest specialist heritage design office in New Zealand. In 2007 he was awarded the Queen’s Service Order (QSO) for his contribution to the preservation of New Zealand’s heritage of significant buildings, and in 2018 the New Zealand Institute of Architects (NZIA) Gold Medal.

When awarding him the medal, the NZIA described Salmond as a knowledgeable and impressively articulate advocate for New Zealand’s heritage, but also “a collegial consultant who has collaborated on numerous significant architectural projects; a wise mentor to generations of young architects; and above all, a principled upholder of the best of architecture’s values and traditions”.

Salmond, the grandson of the well-known Dunedin architect, Louis Salmond, was brought up in Gore and studied first in Dunedin and then Auckland.
He says that he first wanted to be an architect because he “was going to save the world with modern architecture”. After completing a Bachelor’s degree in Auckland, he worked in England and New Zealand, before resuming study for a Master of Architecture in 1982.

His thesis was later published as Old New Zealand Houses:1800-1940. “After that I was labelled as an expert of old houses, which shifted the course of my career.” The landmark publication is now in its eighth edition
“So I ended up in heritage inadvertently – but I’ve always believed that design is a key ingredient in working with old buildings.” He is especially interested in the role of design in the conservation process.

Architecture is a social function, he says, concerned with making new places while conserving the legacy of places from our past.

“It does not occur in a vacuum. Our communities are made up of the collective efforts of the many who have created built spaces and landscapes that are also inhabited by new buildings. It is a social activity which goes beyond the mere act of ‘building’.”

With wide practical experience in design, research, conservation and contemporary architecture, he’s one of only a few architects in New Zealand qualified by training in conservation work – although this is changing with the introduction of conservation teaching in the architectural curriculum.

A large part of his work has developed through working in association with other architects to resolve heritage issues arising out of their projects. This has been an extraordinarily fruitful form of practice, he says, the chance to find design solutions through the mechanics of building repair, conservation and adaptation.

Probably the most challenging current project is the recovery of Christ Church Cathedral from the ruins of two earthquakes and seven years of indecision.
“A more general issue affecting thousands of often modest buildings throughout the country is the necessity of dealing with the ongoing risk of earthquake damage, and the impacts of this on the wider community,” he says.

His conservation work extends well beyond the built environment. Over the past 20 years, he and his wife Professor Dame Anne Salmond, from the University’s Māori Studies Department, have created the Waikereru Ecosanctuary at Longbush in Gisborne, a haven for rare and endangered species of native plants and animals on the Tairāwhiti/East Coast of New Zealand.

One of Jeremy’s former employees - Sarosh Mulla, who lectures at the School of Architecture and Planning - designed the Welcome Shelter at the Ecosanctuary as his PhD project. This is a widely admired structure that forms the hub for an innovative wilderness educational programme known as the Wild Lab. “Which is changing attitudes and understandings of how children experience and learn from indigenous plants, animals and places.”

Each year the University recognises three Distinguished Alumni, and one Young Alumnus, for the contributions they are making to their professions and to their communities.

This year’s other awardees are Pacific poet and author Courtney Sina Meredith, Chief Justice Dame Helen Winkelmann and global business consultant Andrew Grant.
“I’m genuinely thrilled to be the recipient of the Distinguished Alumni award,” says Salmond. “I look at my co-recipients and I am honoured to be in their company.

“I work in a field which brings many rewards, as well as challenges, and I reflect that I am one of many in my profession who seek to care for the rich legacy of our built heritage. I know we have made a difference in doing so and I accept the award as an acknowledgement of the importance of this work to our cultural heritage and to the quality of community life in this country.”
The winners will share their own stories and take part in a panel discussion at the “Bright Lights” event at the St Matthew-in-the-City, 132 Hobson Street, Auckland, 19 March.