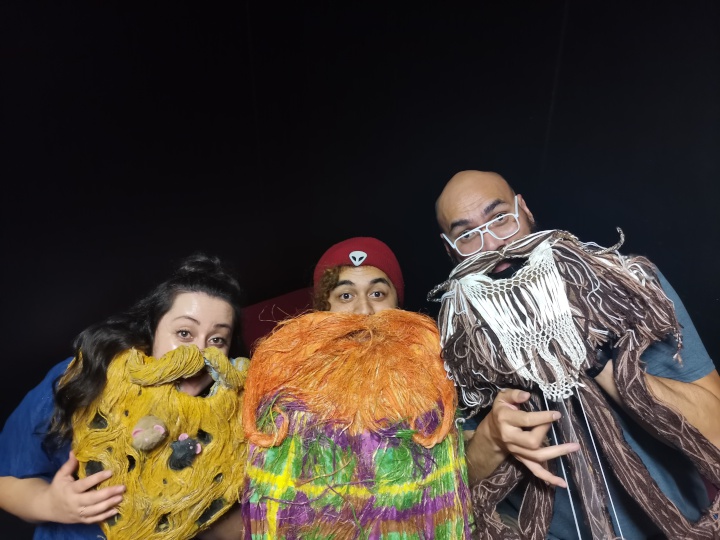 Atale of one young girl’s increasingly inventive efforts to grow the world’s most magnificent beard. Armed with bubble bath and canned spaghetti, The Meteor invites you to join a madcap and hilarious musical romp as our plucky young heroine shakes up social rules and attempts to answer the questions that have puzzled mankind since the dawn of the beard…

Written by Ralph McCubbin Howell and originally performed by Trick of the Light Theatre, The Meteor is proud to present their own version of this hilarious and original piece of theatre for the July School Holidays, directed by Meteor Kids Show veteran Jono Freebairn.

“I really love the whimsical and bizarre nature of the piece” says Freebairn. “This is what children's theatre is all about; engaging their imaginations in a way that will keep them interested whilst also throwing in moral undertones and a takeaway message.”

Beards! Beards! Beards! will mark local performer Jono Freebairn’s sixth Meteor Kid’s Show and his first time directing. Freebairn comments on his transition from acting to directing saying; “I’ve found the transition to directing to be rather seamless. The biggest difference is everything that you have to think about as a director. Looking back acting seems easy, you come and go from rehearsal and do what you need to for the role/s you're in, but with directing, the overall picture you need to create and then shape and tweak and make beautiful with technical elements is so much to think about! The cast are working extremely hard, and we are very happy with where the show is at so far.”

A must-see for bearded and non-bearded beings alike, the show is suitable for kids aged 5-13, and for those who are still kids at heart. Beards! Beards! Beards! will be running at The Meteor Theatre July 19- 23 with 10:30am and 1pm shows daily as well as 7pm shows on July 21 and 23. Tickets are only $9 for children under 16, and $13 for adults and can be found along with further show information at themeteor.co.nz