The Palmerston North Rescue Helicopter, incepted in the year 1991, is celebrating 30 years of life-saving missions. Over the past three decades of service, your Palmerston North Rescue Helicopter crew has impacted the lives of over 10,600 patients, many of whom, without this incredible and invaluable service, might not be here today to tell their story. 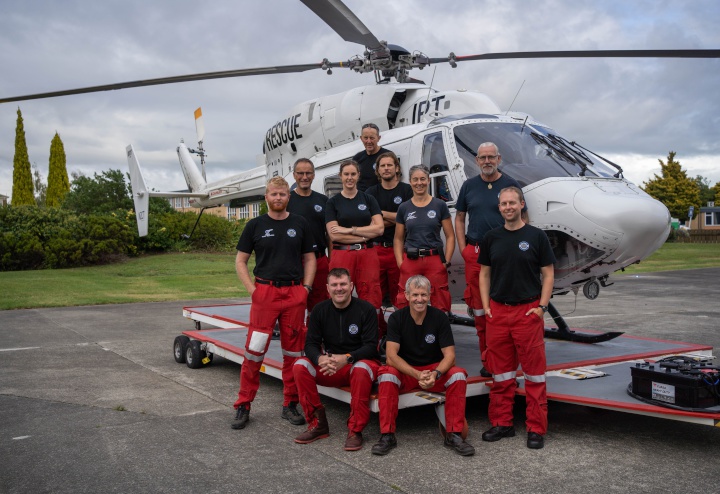 In October of 1991, the then NZ Rail Rescue Helicopter was incepted, designed to provide air ambulance and rescue services in and around the Manawatu and Whanganui regions, brought to life by generous volunteers who dedicated their time to saving lives. The newly incepted rescue helicopter brought communities together and saw fire and emergency services aiding the pilot by preparing the landing space. A short while after, citizens recognised the familiar sound of their rescue helicopter flying above. With 37 missions flown in the first two months of inception, the need for this invaluable service was evident to the surrounding communities.

Behind every life-saving mission is a story to tell, and behind every story is a family grateful to have been given more time with their loved one. “There is no doubt in my mind that without the rescue helicopter, I wouldn’t be here today. To die in front of my kids and be brought back… words don’t even begin to explain how grateful I am”, said Peter Horn after suffering a cardiac arrest in 2012. Celebrating 30 years of life-saving is a huge milestone for the Palmerston North Rescue Helicopter, and for past patients just like Peter, who have been impacted by the service over the years.

In 1993, the permanent hangar was officially opened, generously built by the New Zealand Army and project managed by the Middle Districts Lions Club, the Palmerston North Rescue Helicopter had a home to sleep, and the rescue crew officially had their own base to operate out of.

From its humble beginnings, three decades ago, the upgrade to the BK-117 in 2015 was celebrated amongst the community. This bigger and better, twin engine helicopter you see flying around today has allowed the community to rest assured knowing an adequate and fully equipped rescue helicopter would be there if they ever needed.

On the late afternoon of Tuesday, April 20, 2015, the new and improved BK-117 took flight for its first ever mission to the Tararua Ranges to search for a man in his fifties who had suffered exhaustion and could not make it out of the track he was on. The Palmerston North Rescue Helicopter was directed to Field Hut, where the patient was located and safely extracted from the bush.

What began as a volunteer-based service, relying on the generosity and time of volunteers within the community, to the now fully equipped BK-117, with a fully trained fulltime crew onboard and state of the art avionics, the Palmerston North Rescue Helicopter has truly come a long way.

If you would like to know how you can help keep this vital service available to people in need, find out more about donating to and supporting the Palmerston North Rescue Helicopter by heading to rescue.org.nz. Every cent counts.