A lack of men in early childhood education has inspired Wintec Master of Applied Innovation student, Grayson Newton-Smith to create a book about restoring mana in men. 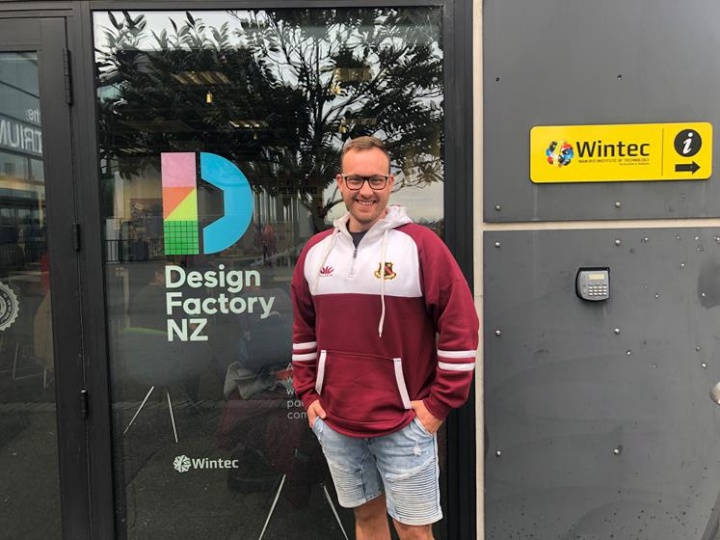 Grayson Newton-Smith is addressing the shortage of men in early childhood education by designing a children’s book that aims to enhance the nurturing nature in men.

As an early childhood educator, Newton-Smith has firsthand experience of the stigmas attached to the profession for men in the industry and wants more people to understand the vital importance for men to occupy this space.

“The idea that we need more men in early childhood education has followed me around my entire career,” says Newton-Smith.

His research project looks at tackling the stigmas men face in the early childhood education (ECE) industry through the creation of a children’s storybook that “reawakens the kind, caring and nurturing mana that men have.”

Inspired by his father and his Sāmoan grandfather, Newton-Smith has benefited from having “amazing male role models” in his life, and his master’s project is looking at an innovative way to encourage more males to pursue careers in ECE.

“Patriarchy and Western gender roles have suppressed that inherent nurturing mana in many of our men. My research is looking at ways to reawaken that mana in the rangatahi of our next generation. The mana men bring is very important to the lives of young children,” says Newton-Smith.

His goal is to “move away from toxic masculinity and empower boys to express their emotions and feelings.”

Through collaboration and co-design, Newton-Smith will be undertaking research for his master’s primarily through talking to people and community, including experts from the education and health sectors.

“I am hoping to be trusted with the knowledges of what mana tāne (men) might have looked like prior to colonisation. To turn to those traditional knowledges in Indigenous Moana cultures,” he says.

“Those knowledges will guide the narrative of the story. It’s not coming from my mind exactly; the book is being written from the different voices and perspectives who live that truth and those stories. I’m not Māori but I know the feeling of displacement and the stories and knowledges I’ll be working with I see as taonga.”

Newton-Smith will also be drawing upon the perspectives of children through observing them in the education space and how they perceive gender roles, particularly the role of the father in the family unit.

Drawing on experiences from his own childhood, Newton-Smith says his father took on many of the caregiving responsibilities as his mother worked late nights.

His grandfather was also a big influence in his life and instilled in him the values of Fa’a Sāmoa (the Sāmoan way of life) from an early age.

“He taught me to always treat everyone with respect and to try to always lift people up. He’s been a big inspiration for my work this year, and in my journey with early childhood education,” says Newton-Smith.

Coincidentally, it wasn’t until about a year into his career in ECE that Newton-Smith discovered his grandfather was one of the first male kindergarten managers in Auckland.

It must run in the blood, as Newton-Smith describes himself as always having had a passion and a flare for working with youth.

“Even at school I was always lifting up our junior students, trying my best to give them opportunities. Since being in this profession I’ve never looked back.”

After completing a Bachelor of Early Childhood Education at the Wintec Centre for Education and Foundation Pathways, Newton-Smith was urged to explore postgraduate options in the subject, and was told about the Master of Applied Innovation delivered at the Design Factory NZ at Wintec.

“It’s different to a typical master’s in that the work is based and grounded in the real world. It’s about developing an idea that could untangle a complicated problem, and it draws upon real people, seeking out their knowledges to get a picture of the issue.

“The experts we’re consulting in the field are the ones with the lived experience. It’s about bridging the space between theory and lived experience,” Newton-Smith explains.

With the rest of the year to go before he completes his master’s, Newton-Smith has his head firmly focused on his research, but it doesn’t stop him dreaming about the future.

“I would love to get the book published and for it to be used as a teaching resource for ECE,” he says.

What he’s really looking forward to at the end of his studies though is going back to his roots and getting back into the teaching environment.

“The next step is to go back, teach, and set out what I want to do in the first place. I’m looking forward to teaching and being with the children. That's where it’s at for me. It's the whole heart of my studies. The magic of the children, their mana, that’s what is at the centre.”