Last month the greyhound trainer Angela Turnwald was fined $3,500 and disqualified for four months after their dog Zipping Sarah tested positive for methamphetamine.

Despite the known risks of administering meth to a dog, the Ministry for Primary Industries (MPI) will not pursue criminal charges under the Animal Welfare Act 1999.

In an email to the Greyhound Protection League, MPI said they don’t have enough evidence to do so.

SAFE spokesperson Will Appelbe said given there was a positive test for meth, this should be an open and shut case.

"Right now, dogs are being drugged in the racing industry," said Appelbe.

The Judicial Control Authority for Racing’s judgement from the case stated that "methamphetamine is a potent central nervous system stimulant which poses significant animal welfare issues" and the level of drugs in the dog’s system was "was particularly large." In the short term, meth can enhance performance, however there are serious side effects, including increased agitation, aggression, seizures, renal failure and even death.

"This dog would have suffered and that’s clearly an offence under the Animal Welfare Act. We urge MPI to open an investigation into this case."

"The Government is currently reviewing the greyhound racing industry. While this is a positive step, we’re seriously concerned about the ongoing suffering of these dogs."

"They must move now and suspended racing if they are genuinely concerned about animal welfare." 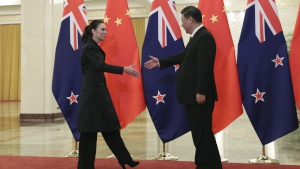