An Auckland naval reservist who developed a charity dedicated to the trauma of first responders has been chosen as the New Zealand Defence Force Volunteer of the Year. 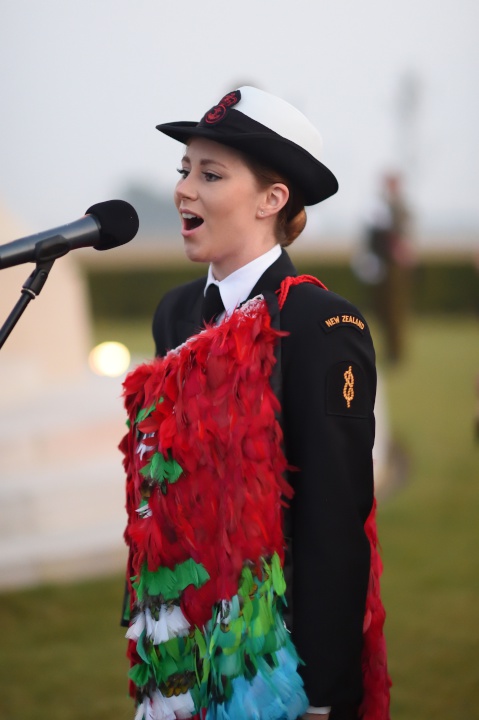 Its objective is to provide rehabilitation, recovery and respite to New Zealand Defence Force personnel and first responders, who – as a result of their role in safeguarding and caring for New Zealanders – have physical or psychological injuries.

AMUS Nelson has a close friend who suffered from depression after being medically discharged from the Royal Marines due to a back injury. Her friend’s journey to recovery involved the British charitable organisation Help for Heroes, which has inspired AMUS Nelson to create a similar charity in New Zealand.

Over two years AMUS Nelson has built relationships and connections within the first responder community, resulting in the first “Wellness Workshop” last year. The charity’s goal is to have its own facility where people in need of its services can take time to recover.

A recent boost for the charity came from former All Black Sir Buck Shelford, competing in the TV programme Celebrity Treasure Island. Shelford, also a former Navy sailor, pledged his winnings from the show to Te Kiwi Māia.

AMUS Nelson, who is attached to Reserve Unit HMNZS Ngapona, says she still hasn’t taken in the news of winning the NZDF award properly. “You don’t always get thanked as a volunteer, so it’s wonderful to be acknowledged.” She is aware of how many people – Defence Force, veterans and first responders – would potentially have need of the charity; it’s something she carries with her as she works.

Her other charity work this year included being a committee member at the Devonport RSA, a Poppy Appeal ambassador, and the ongoing restoration of over 130 headstones of service personnel at the O’Neills Point Cemetery in Devonport – initially on her own, but now with support from the Navy and Sea Cadets. In her classical singing profession, she has recorded three albums, sung the National Anthem at All Black matches and frequently sang for residents at retirement villages.

“I’m still singing at events, but that’s currently on hold right now because of COVID. The Te Kiwi Māia work is getting so much bigger, and there’s so many people involved. There’s an amazing advisory board, helping with the growth and decision-making, and we wouldn’t be able to do what we do without them. I don’t see the success of Te Kiwi Māia as a goal in its own right – it’s about the mutual success of all organisations in ensuring the wellbeing of all those who put themselves at risk for other New Zealanders.”

She isn’t able to share future plans at present, but says 2022 will be a “huge” year for Te Kiwi Māia.