Children With Rare Disorders Share Messages With The Prime Minister

To mark International Children’s Day, messages from children from the rare disorder community throughout New Zealand will be handed to the Prime Minister to tell her what it means to live with a rare disorder.

Through a colouring competition organised by Rare Disorders New Zealand, children and their carers wrote messages on their artwork to express directly to the Prime Minister their experiences and challenges, along with their hopes and dreams. All pictures were presented to Labour MP Dr. Liz Craig to deliver directly to Prime Minister Ardern. 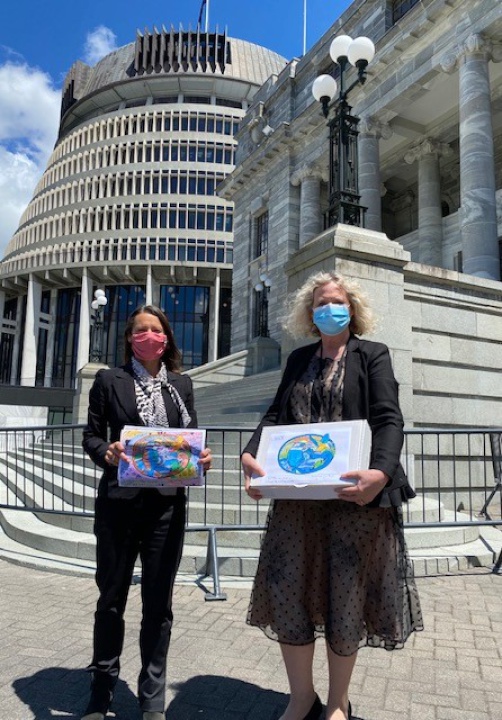 “Jacinda Ardern wants New Zealand to be the best place in the world to be a child, yet many children living with a rare disorder and their families feel forgotten. It’s about inclusion, and this Children’s Day we want those living or connected to anyone with a rare disorder to share their voice,” says Lisa Foster, Chief Executive of Rare Disorders New Zealand.

While there is no official definition of what is considered a rare disorder in New Zealand, the European Union defines a disease or disorder as rare when it affects less than 1 in 2000. It is estimated there are 300.000 New Zealanders living with a rare disorder.

“Not only do people living with rare disorders and their whānau have to deal with the daily challenges of their disorder, but they often have to push to get the support they need. Our community explain time and again how exhausting this is both mentally and financially, and the government is long overdue acknowledging this and taking action to help these families.”

This initiative is part of Rare Disorders New Zealand’s ongoing Fair for Rare campaign, calling for the government to address the challenges faced by people living with rare disorders through the development of a comprehensive and clear plan, or New Zealand National Rare Disorder Framework.

New Zealand lags far behind most OECD countries in supporting people living with rare disorders, and has no government or health system policy or programmes specific to this category of disorders.

Rare Disorders New Zealand is the only umbrella group for rare disorders in New Zealand and provides a strong common voice to advocate for an equitable healthcare system that works for the 300,000 Kiwis with a rare condition.

To find out more about the Fair for Rare campaign visit https://raredisorders.org.nz/fair-for-rare-nz/