50 Years On, Polynesian Panthers Share Their Story In Their Own Words 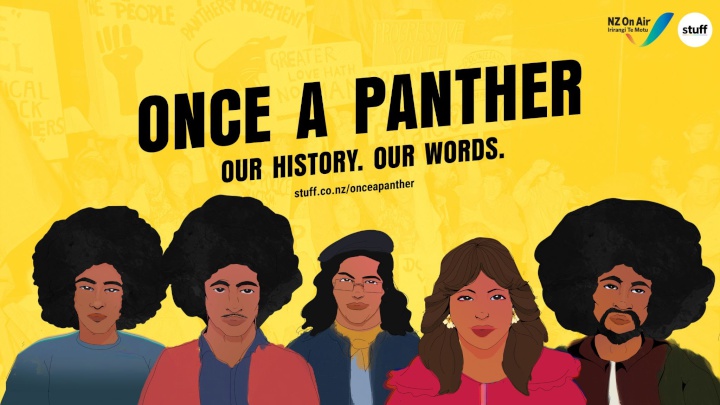 Stuff has today released Once A Panther, a podcast series about the group of young New Zealand-born Pacific Islanders who stood up to institutionalised racism and helped change the course of Aotearoa's history.

The six-part series marks the 50th anniversary of the Polynesian Panthers, a movement that sprung up in response to the systemic racism experienced by Pasifika in the 70s.

Writers and producers Brad Flahive and Alex Liu spent the past six months creating rich, emotionally-charged audio documentaries that give deep insight into how this group of young activists started a homegrown revolution.

“The intimacy of a podcast allows the Panthers' stories to contextualise issues that affected Aotearoa's Pasifika community since the 1950s - and continue to have ramifications today,” says Flahive.

"No journalist's voice is included in the series. It is their story, in their own words."

"Our history is relatively recent, but many New Zealanders still don't know the stories about the people that now contribute to the rich tapestry of Aotearoa."

Once a Panther was produced with funding from NZ On Air and is available at stuff.co.nz/onceapanther. The first five episodes are out today, with the sixth releasing Friday 25 June.

Once a Panther episode outline

Identity | Polynesian immigration and life in Ponsonby and Grey Lynn during the 60s and 70s.

Fight Back | Organised opposition to a government intent on marginalising Polynesians with policies like the Police Task Force and Dawn Raids.

Division | The need to escalate opposition ignites a battle between a bitterly divided country during the 1981 Springbok Tour.

Always A Panther | How race relations in NZ today mirror 50 years ago, and how young people can be heard.

Stuff connects with 2.3 million Kiwis every week*. Our portfolio of products and services includes NZ’s number one news site Stuff.co.nz, a range of much-loved newspapers and magazines, as well as Neighbourly and Stuff Events. Proudly New Zealand-owned, Stuff leverages its trust and scale to deliver quality news, content and experiences that help make Aotearoa a better place. Stuff looks for opportunities to diversify into new categories and revenue streams to ensure it continues to deliver its award-winning, independent journalism. Find out more at about.stuff.co.nz.